Back to all posts

Behind the Music Q&A with Kevin Bianchi 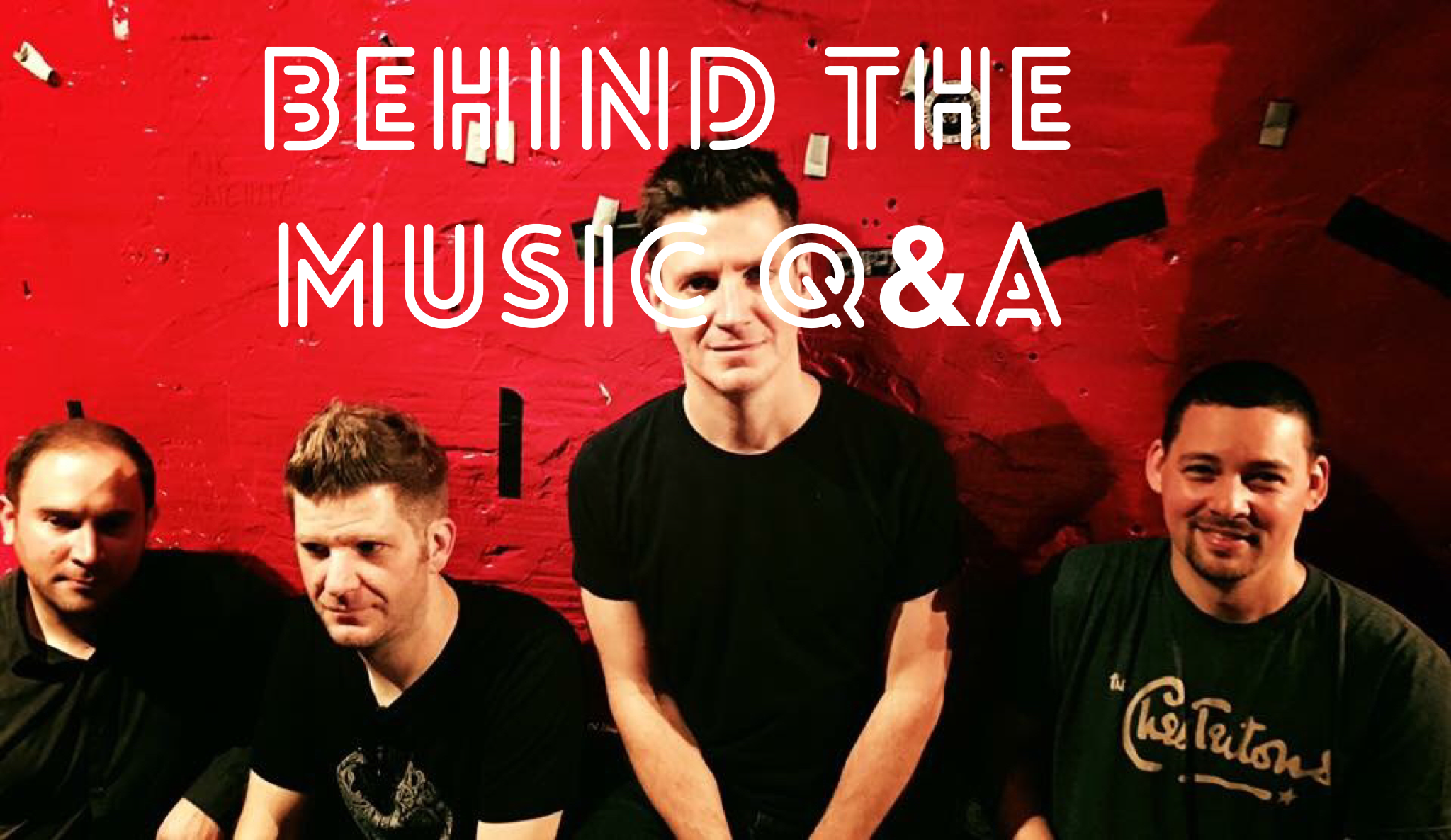 Question One: What is the history of the band and how did it form?

The band 'officially' formed in the fall of 2015 after Brian and I completed work on some demos and decided to really pursue making music again with dedication after a rather lengthy hiatus. Justin Hartman has always been a dear friend and someone who we've always turned to when recording and performing music because he is an outstanding musician and a thoughtful collaborator. Over the years he has been a part of almost every project we have been involved with and also contributed to a solo project I completed in 2014. Rob Wynne came to us based on a recommendation from another drummer friend of ours, Robb Colbrunn. From the very first rehearsal, Rob Wynne fit right into the dynamic of the band and provided a much needed energy to each of the songs. He has also become a very valued friend, which is certainly a gift in any situation, but especially in a band where you are spending so much time together in the creative process. I think one of the definite strengths of the band is that we each bring our own unique perspective to the songs and bring out the best in each other. I am sincerely grateful and humbled to be making music with Brian, Justin, and Rob.

Question Two: What comes first when you are putting a song together, lyrics or the melody?

Songwriting is always an ongoing process and a continual plunge into the mystery of inspiration and connection. I am constantly writing down phrases during the day or creating 'voice notes' on my phone with a fragment of a melody. There really isn't a time or place in my life where songs have not been present in some form. It is a very humbling thing to be able to write a song. It is often so unexplainable and undeserved and yet they continue to arrive and I am very grateful that they do. For me, the melody and lyrics often come together at the same time. Certainly they are often not complete and require a great deal of revision later, but at least some combination of lyric and melody usually arrive at the same time in order for me to keep pursuing it with any kind of purpose. As I have grown older, and hopefully more proficient at the craft, I try not to rush things as often as I would in the past. I can 'sit inside' the song now and wait for the right words or melody to come and not impatiently force something to completion. Plus, some songs have to be written just so that you can grow and develop as an individual and move on to the next stage of your creative journey. I've never been a songwriter who can write 'story songs' or sit down and say, 'I'm going to write about this topic.' In order for me to write a song, I have to 'feel' it first. If I don't 'feel' it, I can't really create something meaningful or of any lasting value. The songs on our upcoming EP are songs that I have 'lived' with for quite some time. They are important to me and have been important to the band and our continued musical journey. Each time I sing them I still feel connected to them in a profound way.

Question Three: Who are some of your major musical influences as an artist and as a band?

Music has always been an essential part of my life. There has never been a time where I wasn't interested in music or being influenced in some way by a song or another artist's songwriting. Like many people, there are songs that define certain seasons of my life and each time I hear them it brings me back in some way emotionally to that place and time. That is the power of music and the transcendent way a good song can enhance your life. My first musical influence, which again is common to so many people, is The Beatles. I would listen to my Dad's vinyl collection of their albums for hours on end as a young child. I can remember coming in from playing outside in the summer and listening to a side of one of their albums. At that age I wasn't able to flip the record over properly on his turntable so I was only able to listen to one side at a time until Mom would come and flip it over for me. So although one can never hope to come close to the creativity and pure brilliance of their songwriting, I am influenced by them in two distinct ways: the importance of melody and the belief that 'if it’s a good song, play it' regardless of style or whether it fits into your 'image' as a band or songwriter. Those two ideas have had a profound impact on my songwriting and my idea of what a band can and should be.

There are many others who have also been influential to me and who continue to inspire me on a daily basis. People like Elvis Costello, Ian McCulloch, Peter Gabriel, Bruce Cockburn, and Neil Finn. Each of them has in some way influenced my songwriting or how I may approach a particular song that I am working on with the band. The other primary influence however is simply 'life'. What does it mean to be alive? What does it mean to love and to forgive? What does it mean to see suffering and injustice? These are the questions that I want to not only wrestle with in my own personal life, but also in my music. I don't want to address them in a didactic way, but through how it 'feels' to me and encourage connection and community with each listener.

Question Four: What is the story behind the EP Title, "Noise and Benediction"?

The title for the EP, 'Noise and Benediction', comes directly from a quote in Elvis Costello's autobiography. In the passage he refers to the idea of connection and transcendence in the unexpected moments. He speaks of how through music we can 'stumble into them anytime, like the noise and benediction of any basement dive.' I think this is certainly true; there is a transcendence to be found in the music at all of these local clubs and bars. We may not always be aware of it or always have our ears open to it, but it is certainly present and alive. The literal definition of the word benediction is to speak words of blessing to another person. I hope that in the midst of the 'noise', the joyous calamity of rock and roll, that the listener still hears the words of encouragement and love that we sing about in our songs. There is so much division and isolation in our world and culture. We want to sing songs that draw people together and help in some small way to foster community and a recognition that we are all walking this journey together.

Question Five: Do you have any pre-show rituals or traditions?

The only 'pre-show' ritual that I do, which is totally ridiculous, is that on the drive to the venue I blast some Liam Gallagher. Hahaha. I like to get a good dose of totally confident and reckless rock and roll before I arrive so that I can get in the right mindset for the night's performance. Like I said, totally ridiculous. More importantly, I try to take some time before each show to offer my genuine gratitude to those running the sound and working behind the bar on that night. I want to make our venue hosts feel valued and appreciated for all of the work they put in to making this area a thriving spot for artists and performers. Again, community is the most important part of the music for us.